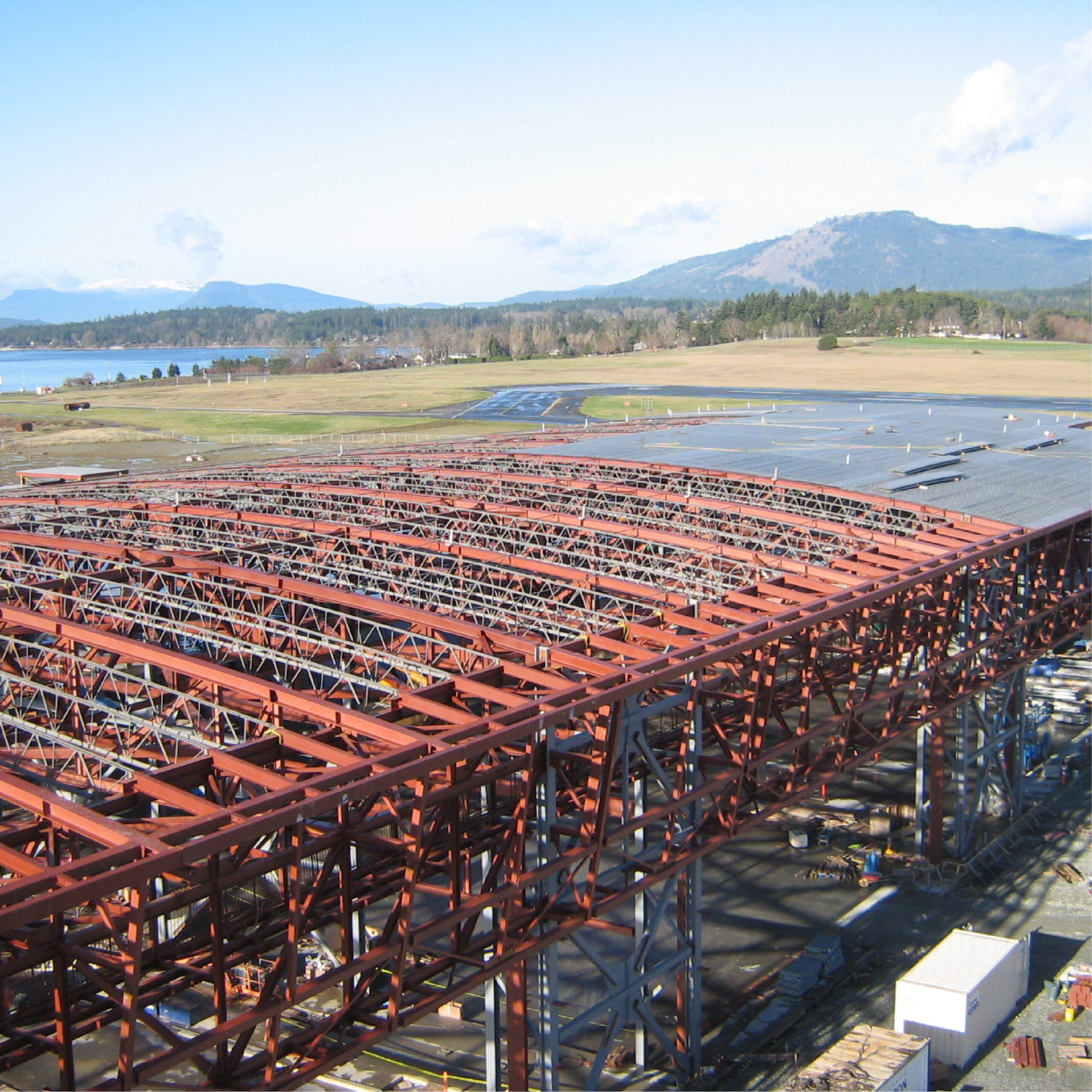 The 443 [Maritime Helicopter] Squadron Facility, on Vancouver Island, will be combined operations and maintenance facility that houses Canada’s CH-148 Cyclone Helicopters for the Department of National Defense. It has greatly improved Canada’s Armed Forces ability to carry out crucial missions and perform daily operations, plus above all defend Canada and its citizens. The new hanger facility will be approx. 212,000 sqft at a cost of approximately $155 million. The hangar is capable of housing the infrastructure needed to support the maintenance and operation of the new CH-148 Cyclone Helicopters.

Supreme (formerly known as Canron Western Constructors Lp) bid the project through British Columbia’s Bid Depository System and was awarded the fabrication and erection of 2,500 tonnes of structural steel and miscellaneous metal in August 2011. The general contractor on the project was Knappett Projects Inc., a Victoria, BC based company. Supreme’s work commenced September 2011 and our scope was complete in December 2012.

The site is located on Vancouver Island, therefore attention to seismic guidelines became very important. The vertical and horizontal braces were designed to AgFy, resulting in massive gusset place connections. 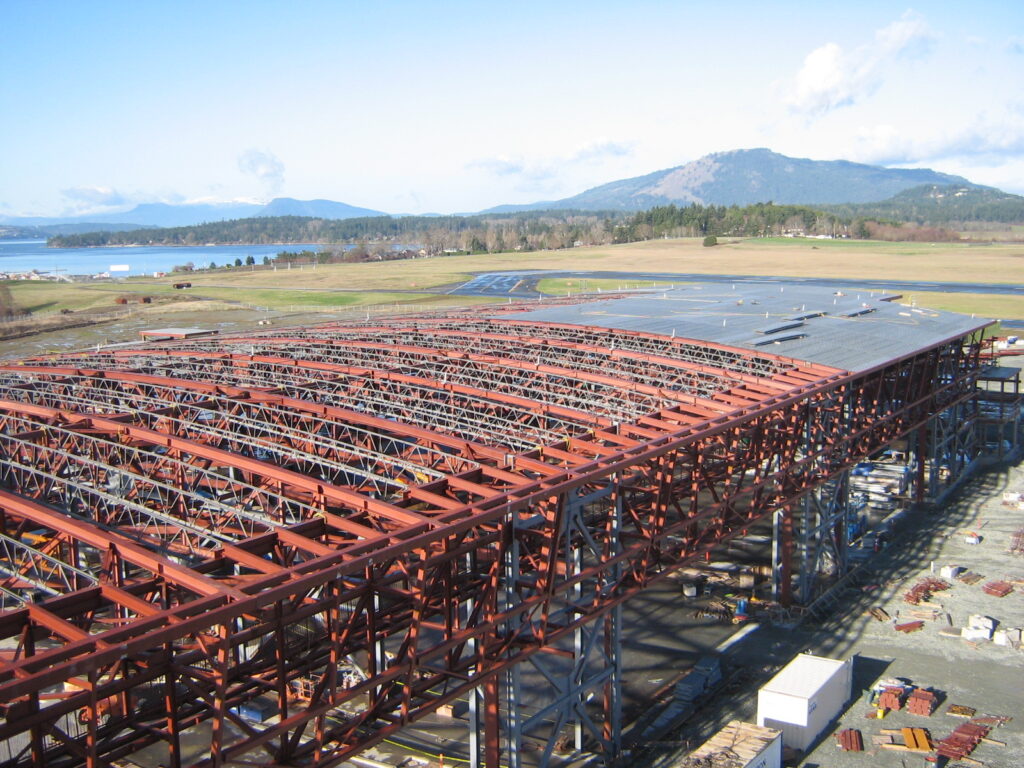 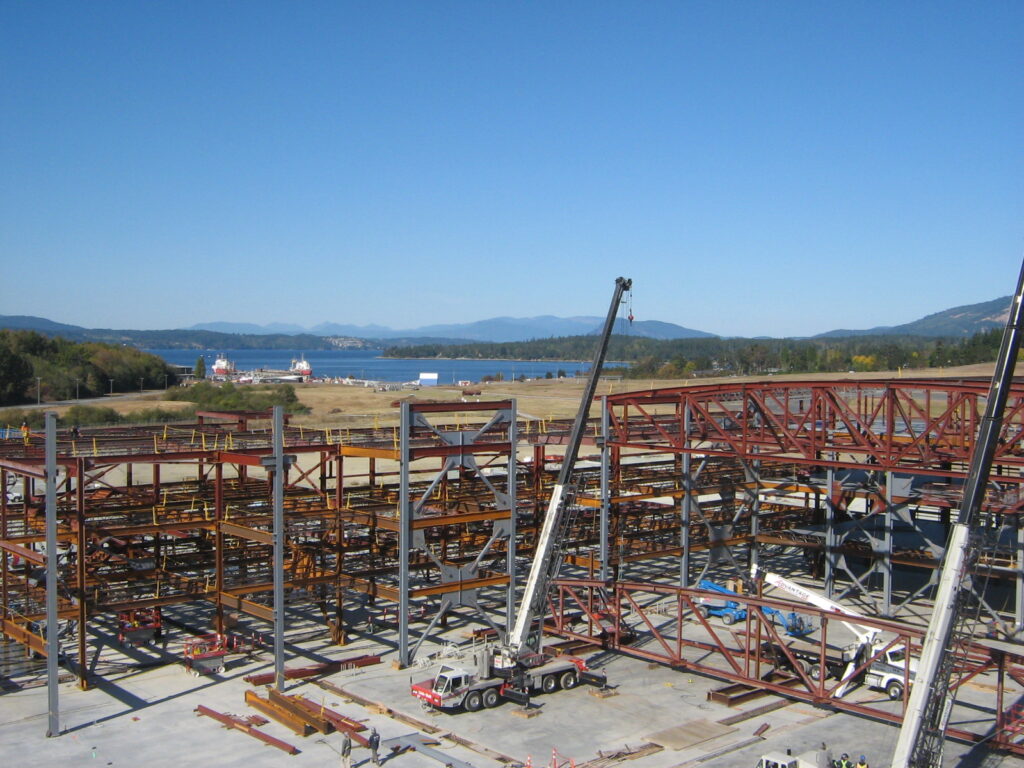 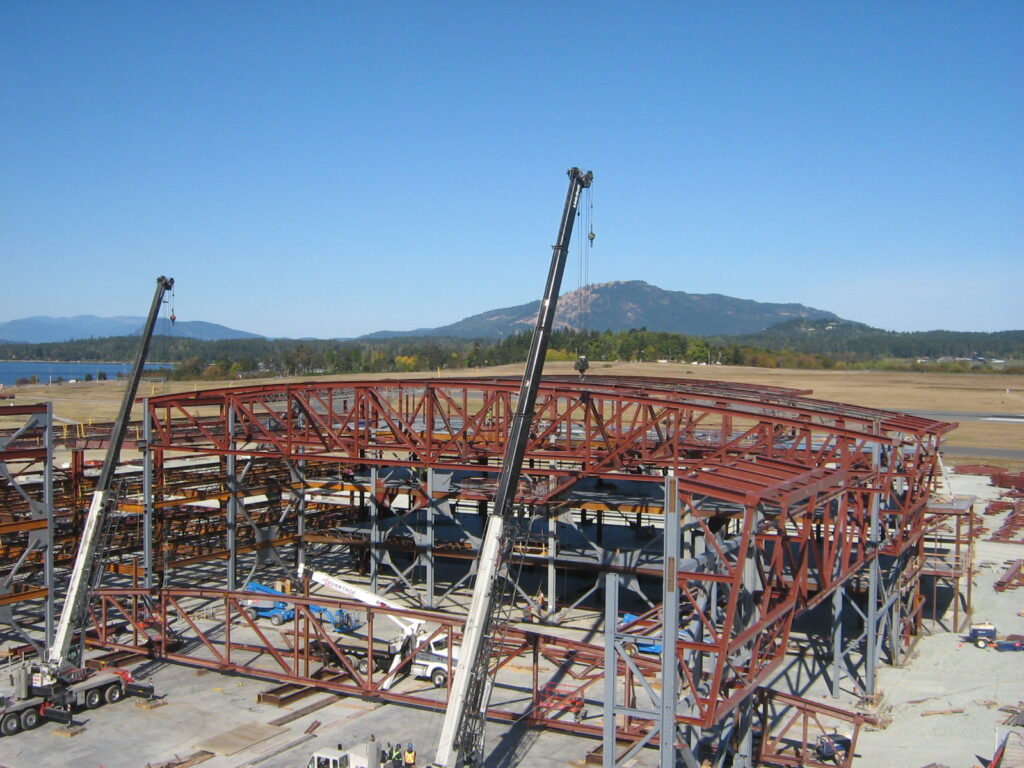