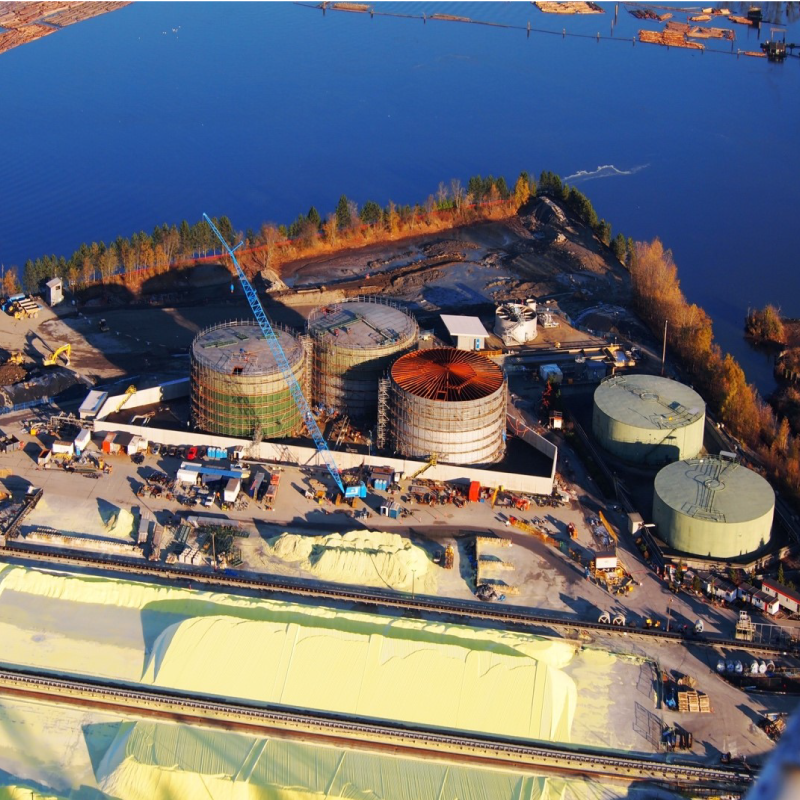 In July 2013, Supreme Steel (formerly known as Canron) was awarded the contract to design, fabricate and erect three carbon steel tanks for crude canola oil storage. This included shop and field painting work. Among four bidders for this project invited from Canada and the US, Supreme’s bid was the most competitive.

The tanks are 120 feet in diameter and 60 feet in height, with cone roofs supported by columns, girders and roof rafters. Two of the tanks have double stringer helical stairs for rooftop access, while the rooftop of the third tank is accessed via walkways feeding off of the other two tanks. Each tank has three rooftop platforms, and contains walkways between platforms for safe access.

After hydro-testing, the tank interiors needed to be sand blasted and seeded with canola oil. Consequently, rather than using costly and time-consuming scaffolding, Supreme designed large rooftop openings with water-tight covers to accommodate self-powered man-lifts in order to carry out the sand blasting and seeding.

Field erection and hydro-testing of all three tanks was completed in approximately nine months, between April 2014 and January 2015. During the peak of the project, the crew consisted of 30 boilermakers, and was finished without time-loss due to accidents.

The three canola oil tanks, (shown on the left side of the photo above), are located in close proximity to two carbon steel tanks (on the right side). These other two API 650 tanks, 120 feet in diameter and 32 feet in height, were built by Supreme in 1999 for the same customer, and are used for glycol storage.