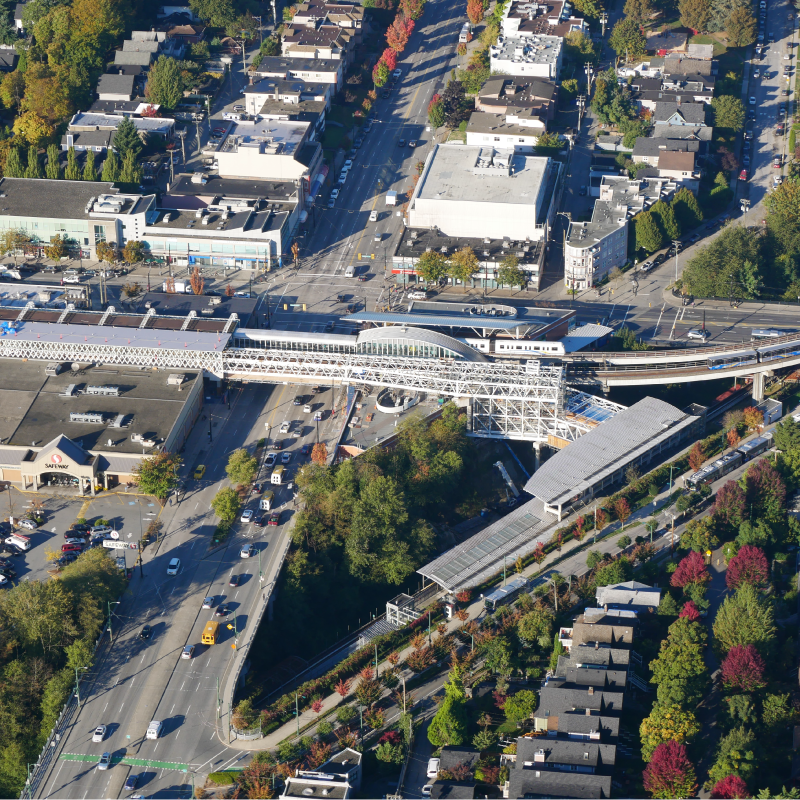 Supreme Steel (formerly known as Canron Western Constructors) was awarded the contract to expand and upgrade the existing Commercial & Broadway Sky Train Stations. The project includes the supply, fabrication and erection of approximately 670 tonnes of structural and miscellaneous steel.

Supreme’s scope impacted both of the existing Broadway and Commercial stations. This is one the busiest and most congested transit intersections in the city of Vancouver.

To make this project even more challenging is the fact that Supreme had to work beside and over an active Sky Train and CN rail line. Also, there were many retail buildings directly in the path of the cranes. Supreme had to hoist, install, field weld and touch-up paint in the very small window of non-revenue periods that allow for working over the tracks.

The Google Maps image below shows the layout of the area and the Tekla 3-D model details the expanse of the steel.

The architects introduced eights trees to hold up the roof grid (mesh) in the new Broadway station. The tree trunks are made up of 508 mm pipes with each having six conical shaped tree branches. Each branch is approximately 5,500 mm long having 300mm diameter at the trunk tapering to 240mm at the roof. Each branch was fabricate using 13mm plate, formed in two halves and then bumped by a press until they were semicircular. Each are then welded together to make a complete branch. 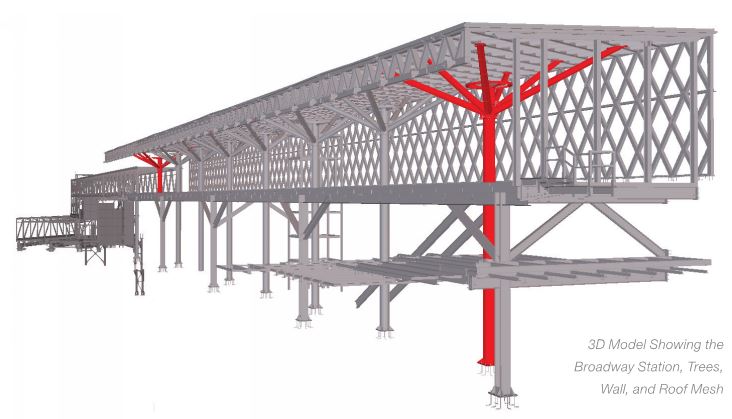 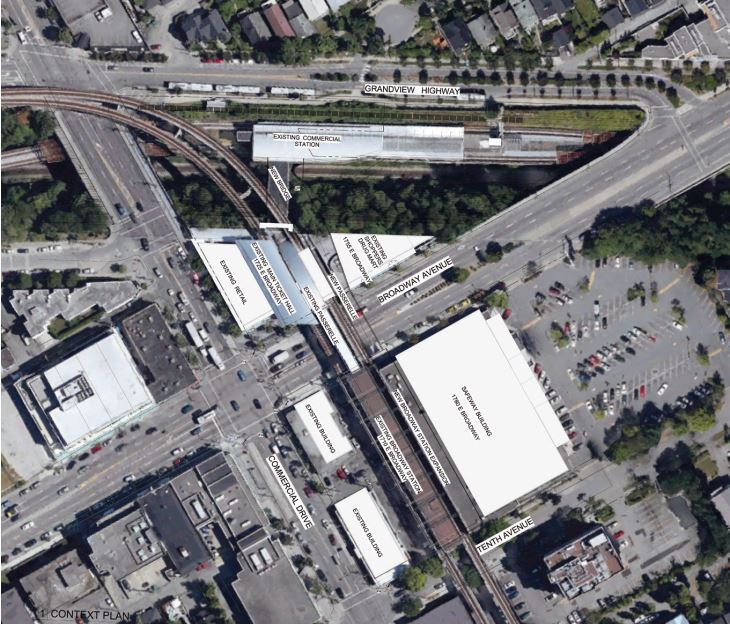 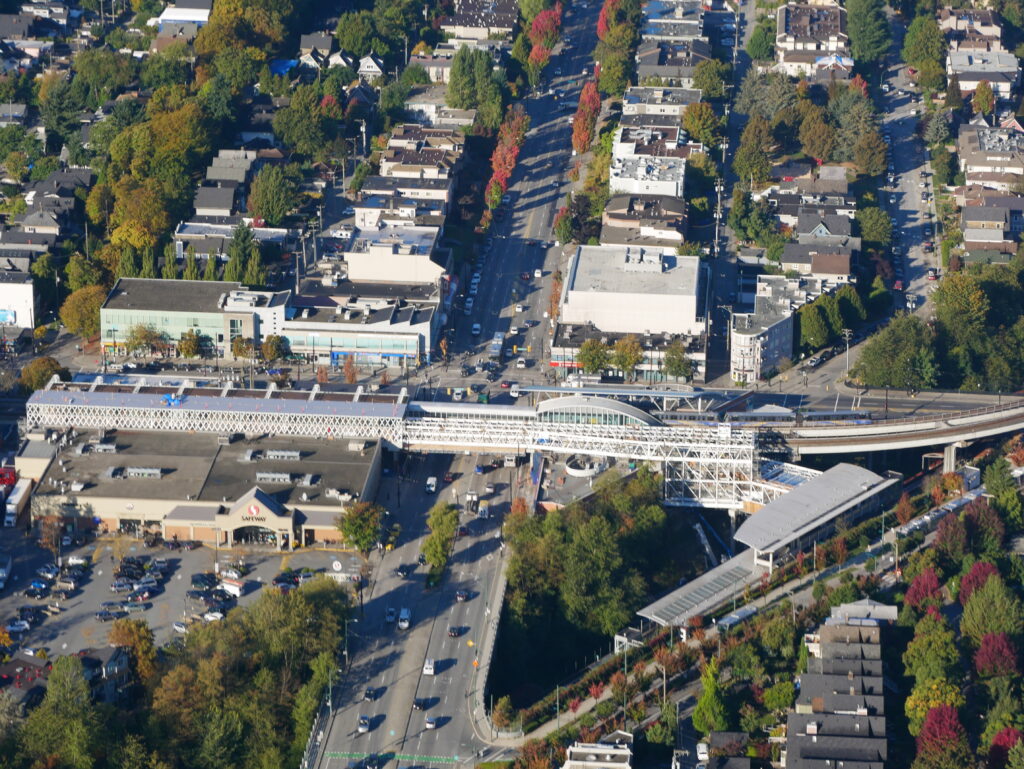 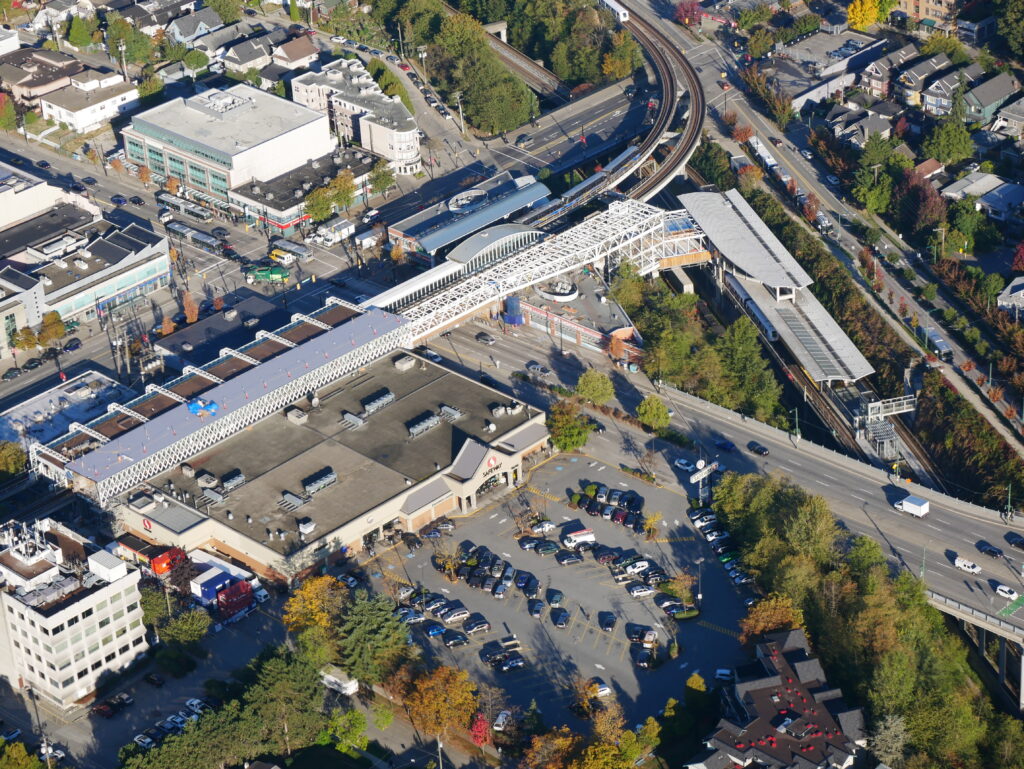 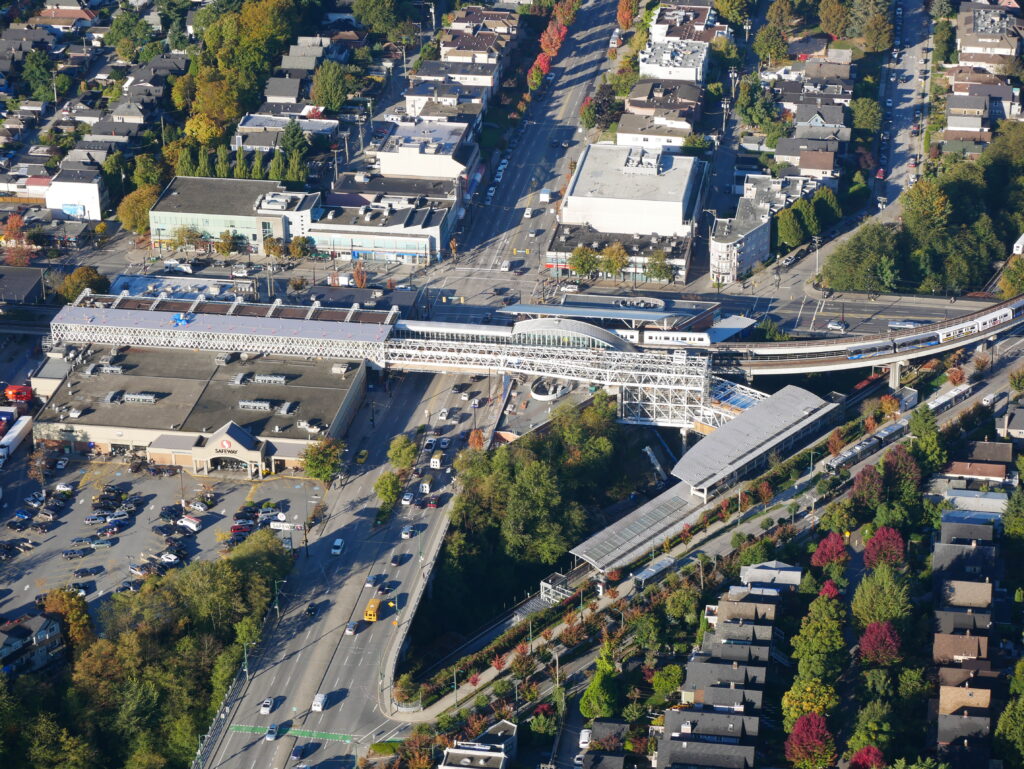 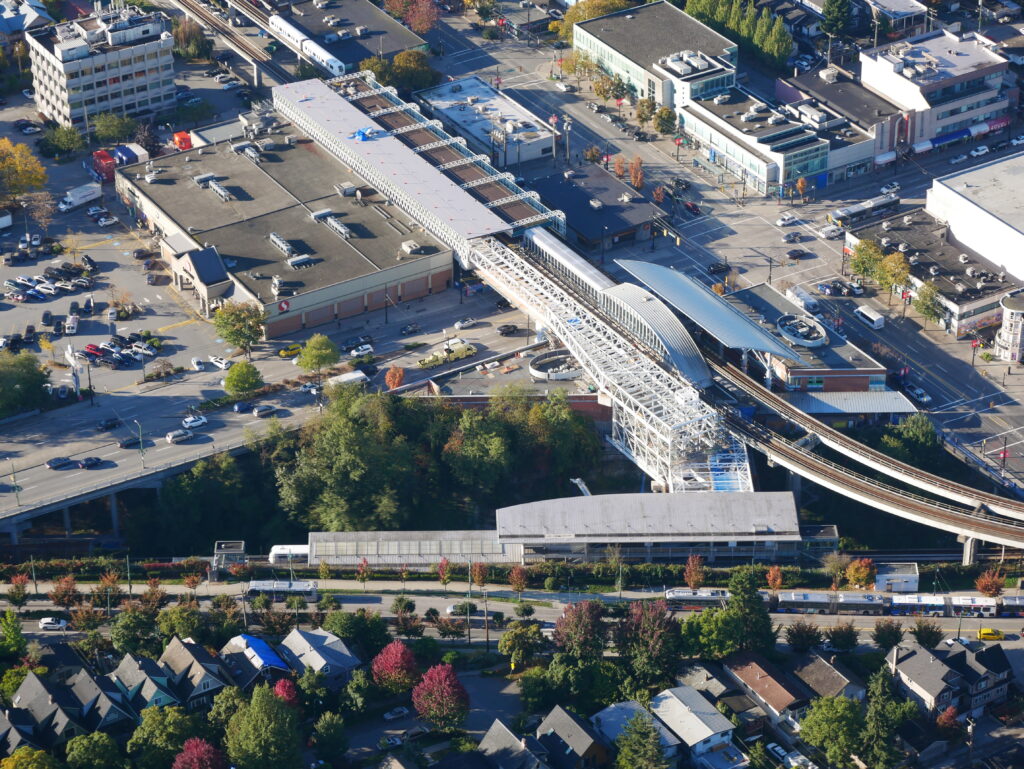