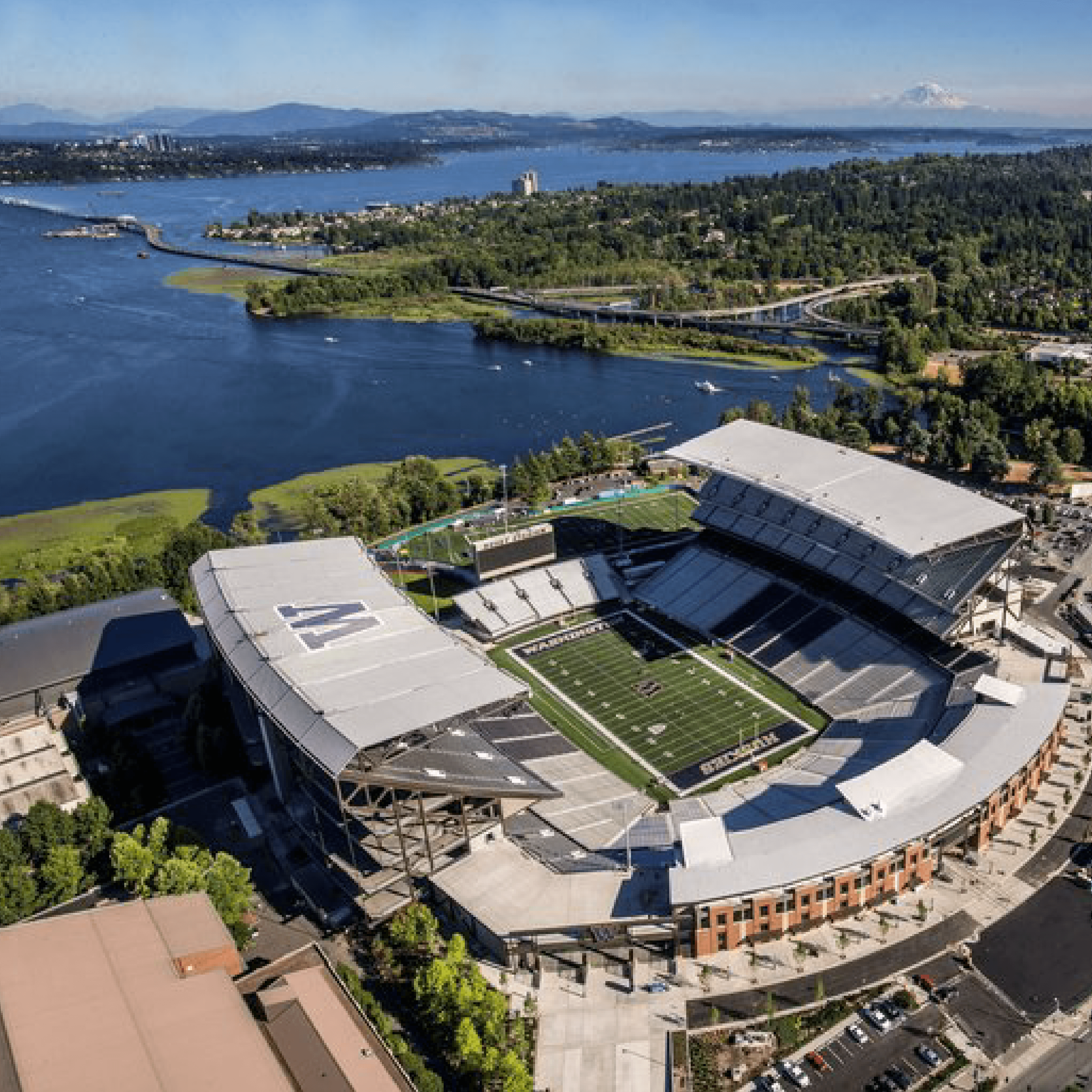 Turner Construction and Wright Runstead & Company selected Supreme (formerly known as Canron) to be a team member for the renovation of the Husky Stadium project on the campus of the University of Washington in 2011. Supreme was selected based on their knowledge of stadium fabrication [11 – stadiums / arenas completed over the last 20 years] and their excellent working relationship with both Turner & Wright Runstead.  Supreme is also a design build team member for the project.

The stadium’s original South Stands were constructed in the 1950’s with a renovation of the North Stands completed in 1987 [fabricated and erected by Supreme]. This current renovation includes replacing the South and West Stands plus adding an East section of seating. 27 luxury suites and team facilities were also added.

Fabrication started in January 2012 and was completed in mid November 2012.  Fabrication consisted of over 1000 tons of seating riser plates, complex raker trusses and 150’-0 roof trusses.  The framing system will be similar to the North Stands.

The project was on budget and on schedule to the point of advancing the first game in the new stadium by one week. 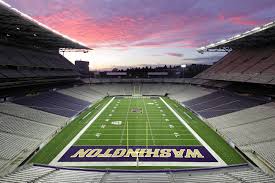 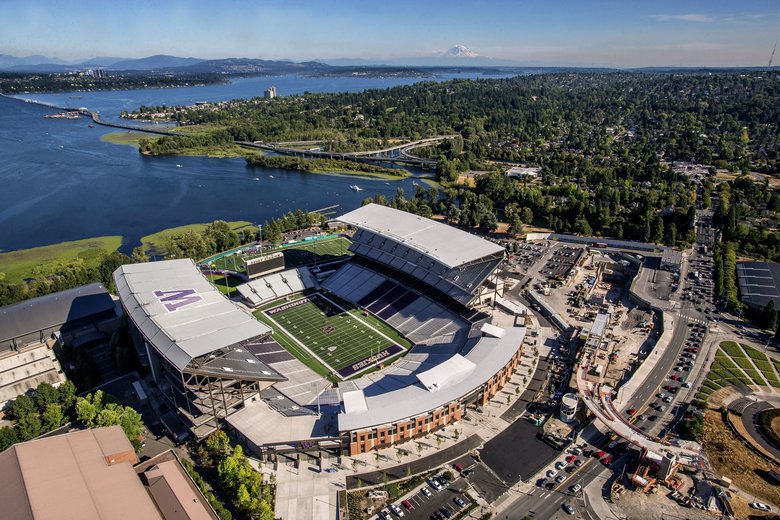 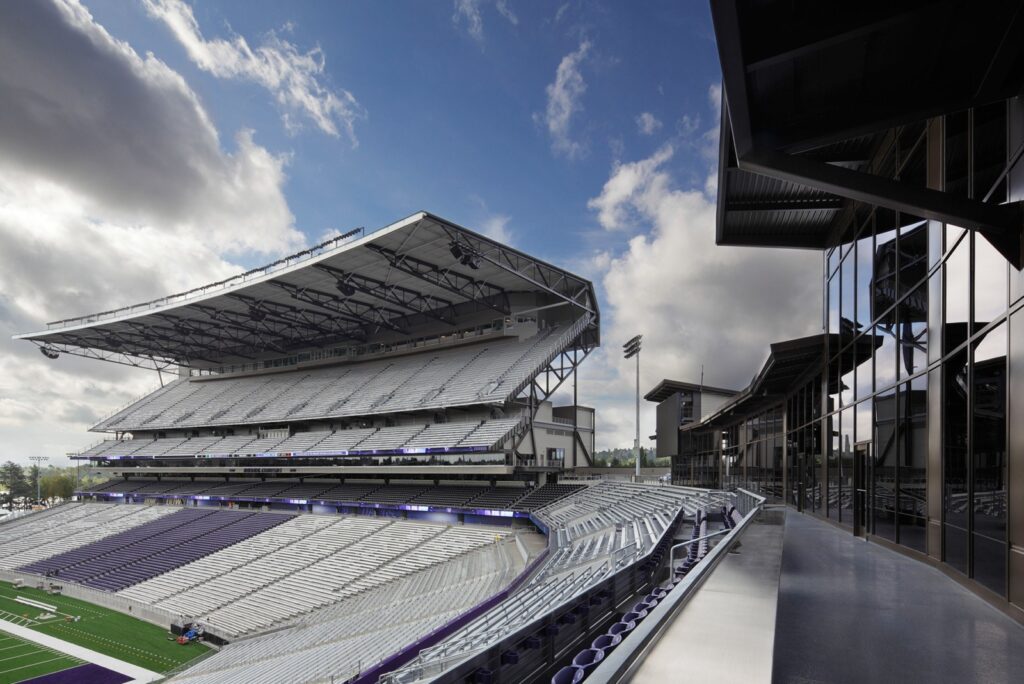 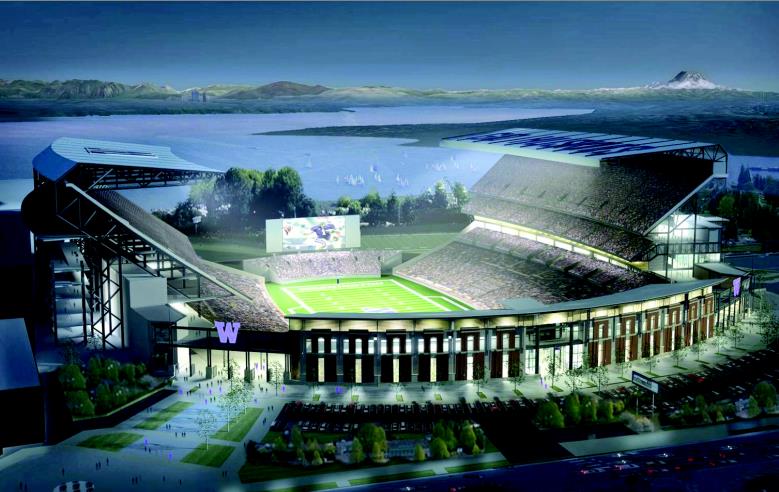