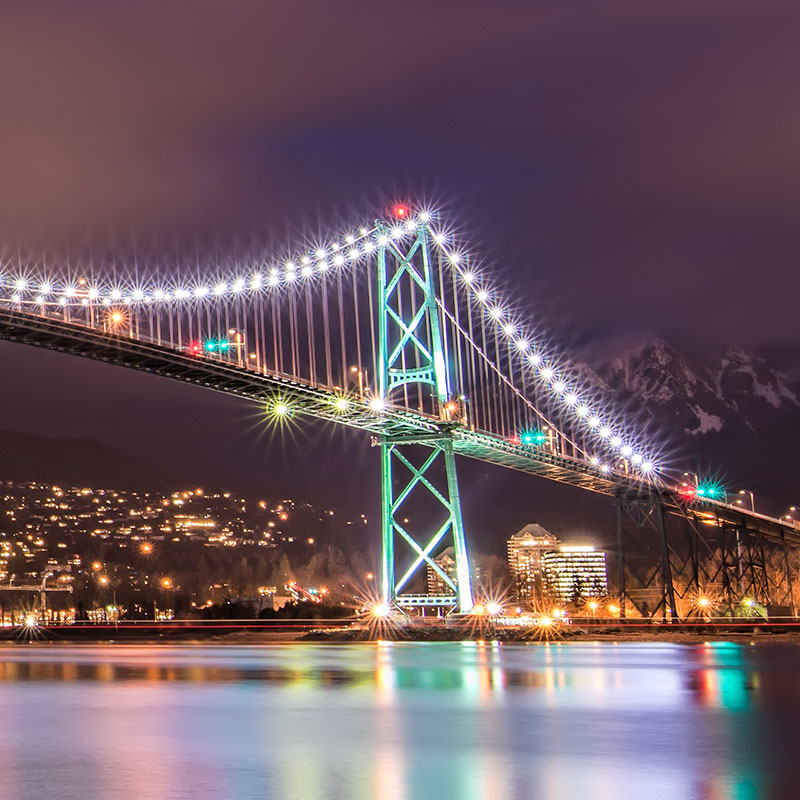 Supreme Steel’s (formely known as Canron Western Bridge) history with the Lion’s Gate Bridge dates back to 1937 when the bridge was originally built. Supreme Steel was contracted by Dominion Bridge, the principle fabricator on the project, to supplied and fabricated the north approach of the main structure. In 1975, Supreme Steel continued its relationship with the bridge by supplying, fabricating and erecting new deck panels to widen the north approach viaduct.

By the late 1990’s, the Lion’s Gate Bridge was showing it’s age. British Columbia’s Provincial Government decided in 1999 to referbish the main supports, and replace the main deck panels with wider sections. American Bridge was hired as the General Contractor and Erector on the project, and Canron was awarded the supply and fabrication of the wider deck panels. Each deck panel was 65’ FT x 65’ FT and weighed approximately 110 tons. In total, 54 deck panels were fabricated and supplied which equates to 4,950 tons of steel and was substantially completed in 2001.

The Lion’s Gate Deck Replacement Project represents one of Supreme Steel’s most complex plate fabrication projects. The project consisted of the replacement of 52 original deck segments complete with above board trusses with new fabricated elements complete with transitional roadway surface, barriers and under-slung truss system. Fabrication tolerances were to + 0 to -3 mm to meet the fit-up demands between adjacent panels. Stringent geometric controls were used for each section’s overall geometry as well as the trough orthotropic deck. Consistency in delivery of reliably controlled complex plate and truss weldments allowed for traffic to flow freely during off-construction hours without fit-up delays, making it a global first example where a major suspension bridge didn’t require shut-down at peak traffic periods whilst undergoing full deck replacement. 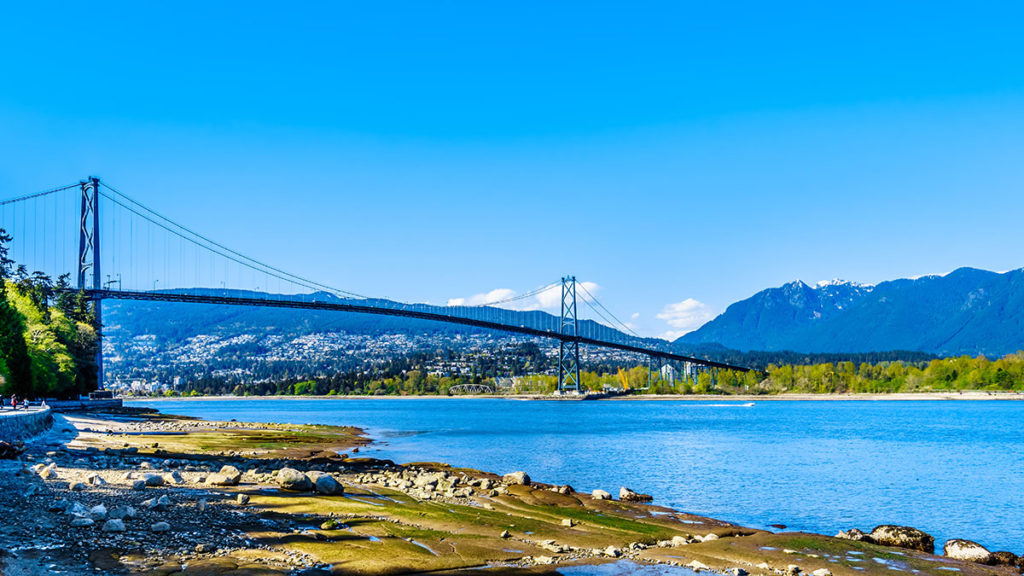 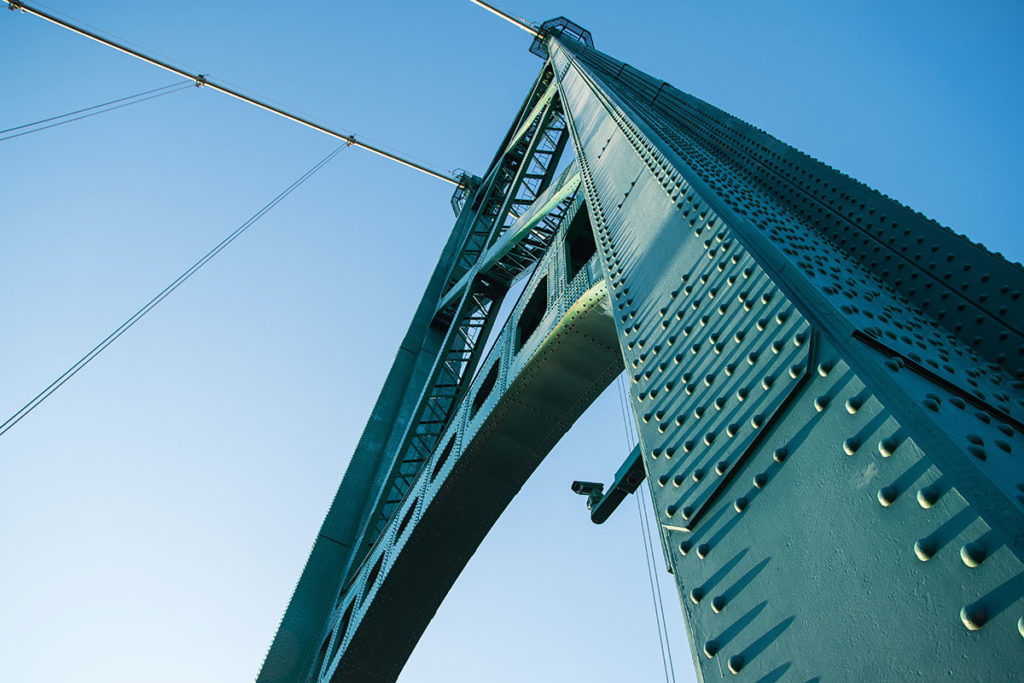 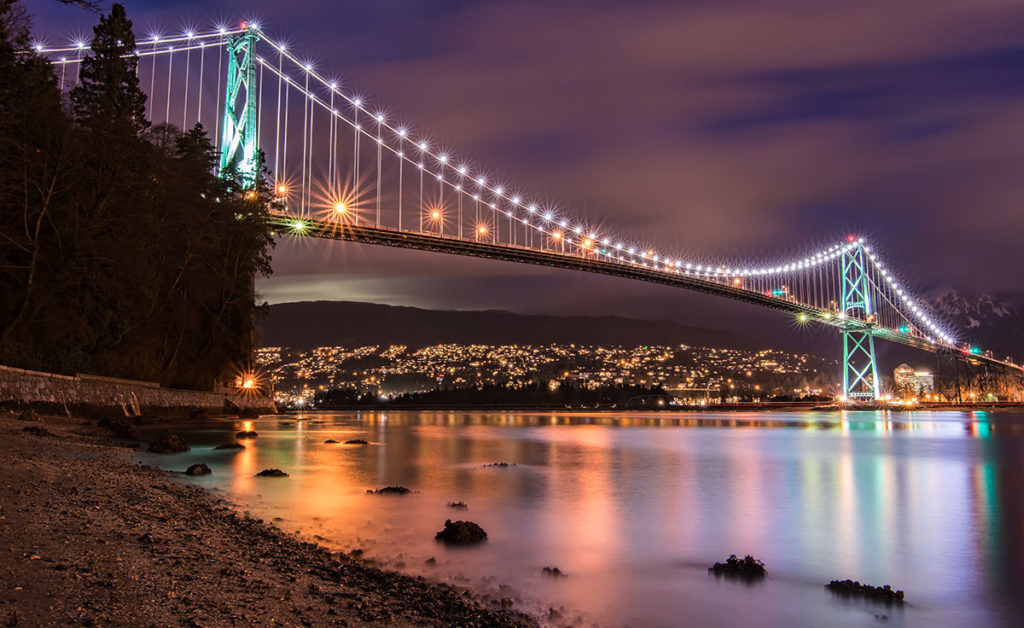 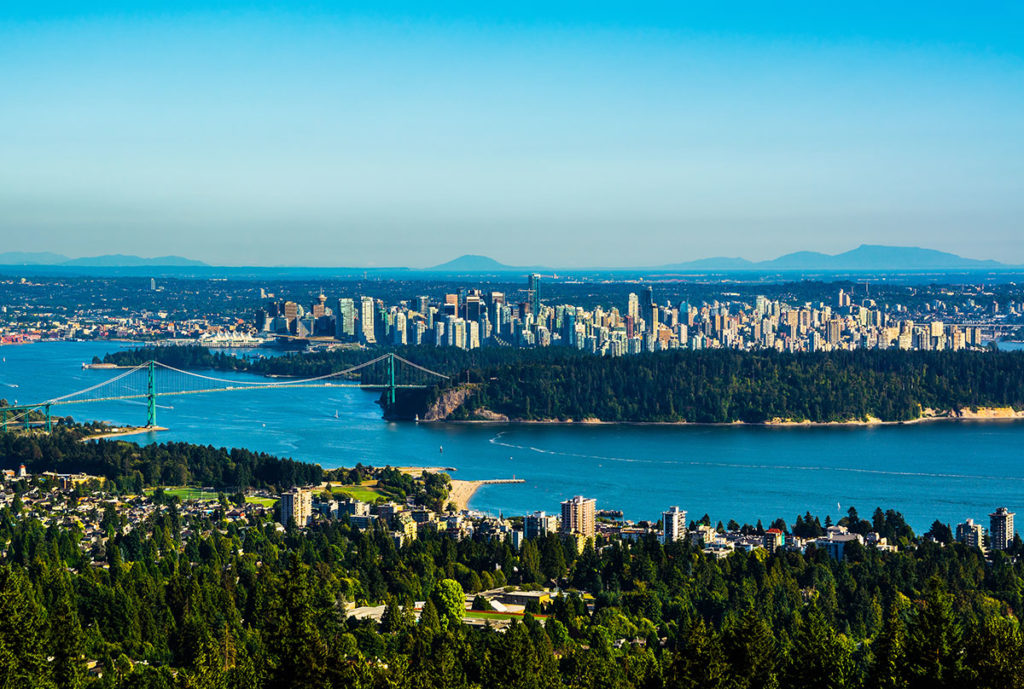 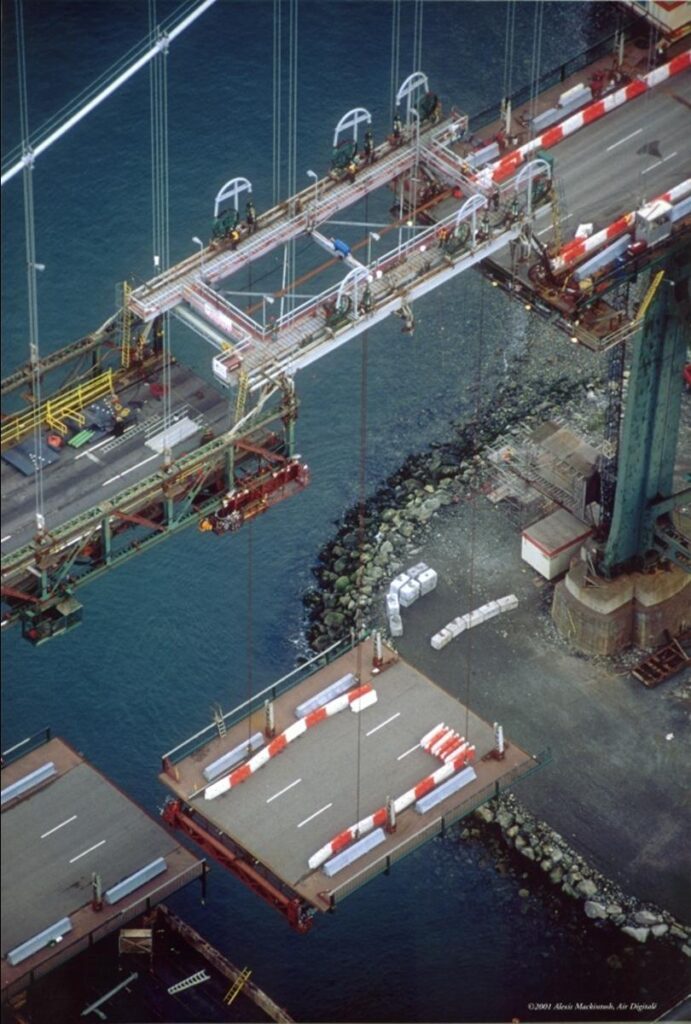