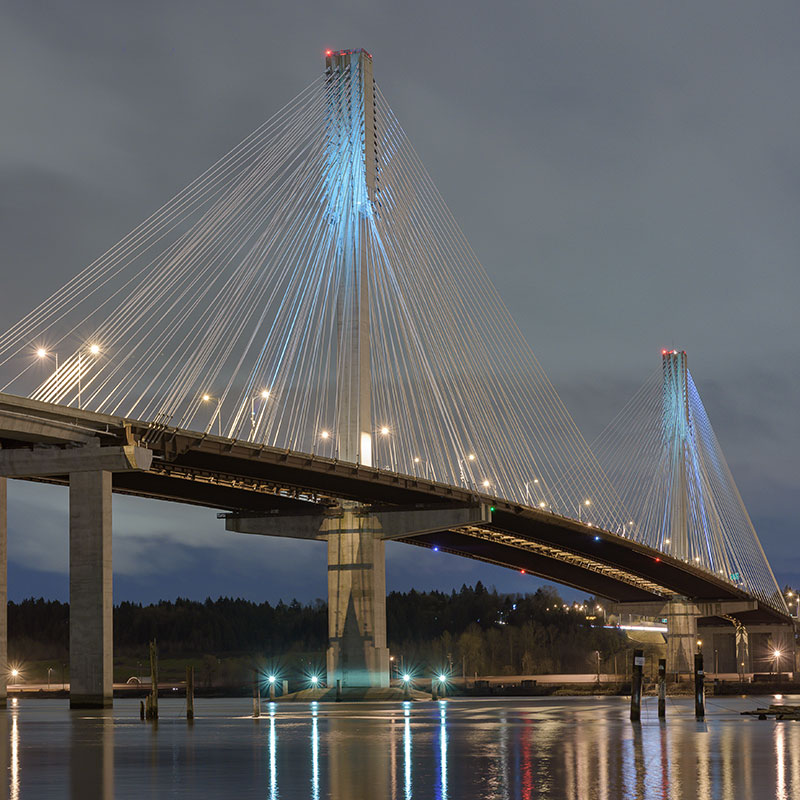 Supreme Steel (formerly known as Canron Western Bridge) was awarded the supply of the Main Span structural steel for the new Port Mann Bridge on September 11, 2009. The bridge consists of two five lane decks, one east bound and one west bound. This bridge is a complex cable stay bridge and replaces the original arch bridge that was completed in 1964.

Each of the 272 cable stay anchor units are slightly different from each other based on the fact that the bridge has camber and the slopes are different from the north and south and side to side. They are an extremely complex component of the bridge requiring stringent geometry controls as well as complicated welding conditions. Over 240,000 fabrication shop hours are represented in this project.

One of the other major challenges on this project was the fabrication of the eight heavy edge girders that sit on the abutments. These girders are 24 meters long, very complicated and weigh 110 tonnes. The ends of these girders are fracture critical and to weld the thick flanges, webs, collars and stiffeners required a very elaborate preheat system to be used to control the duration of cool down.

Surface bridges on this project were under construction and completed in the first quarter of 2013. 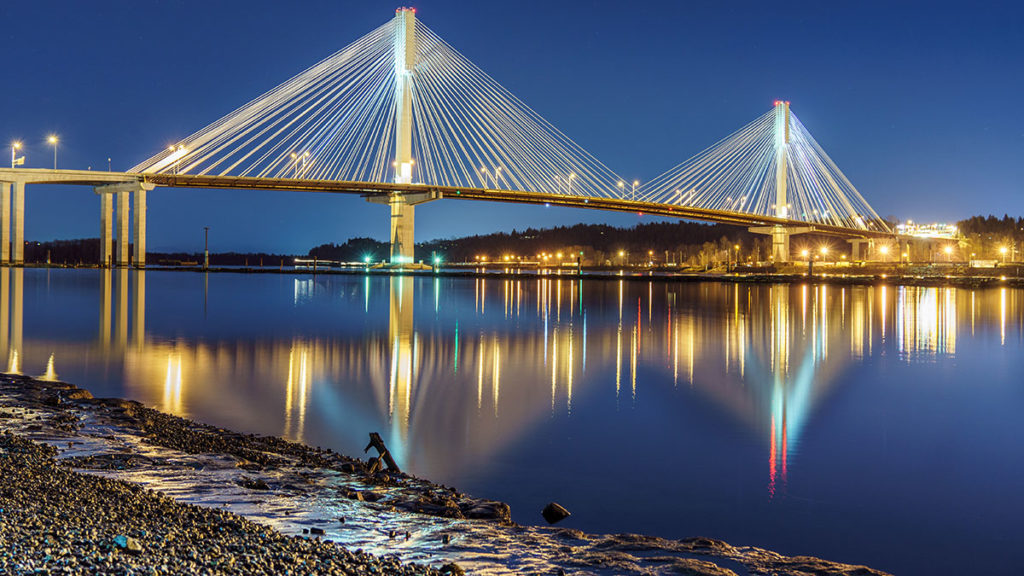 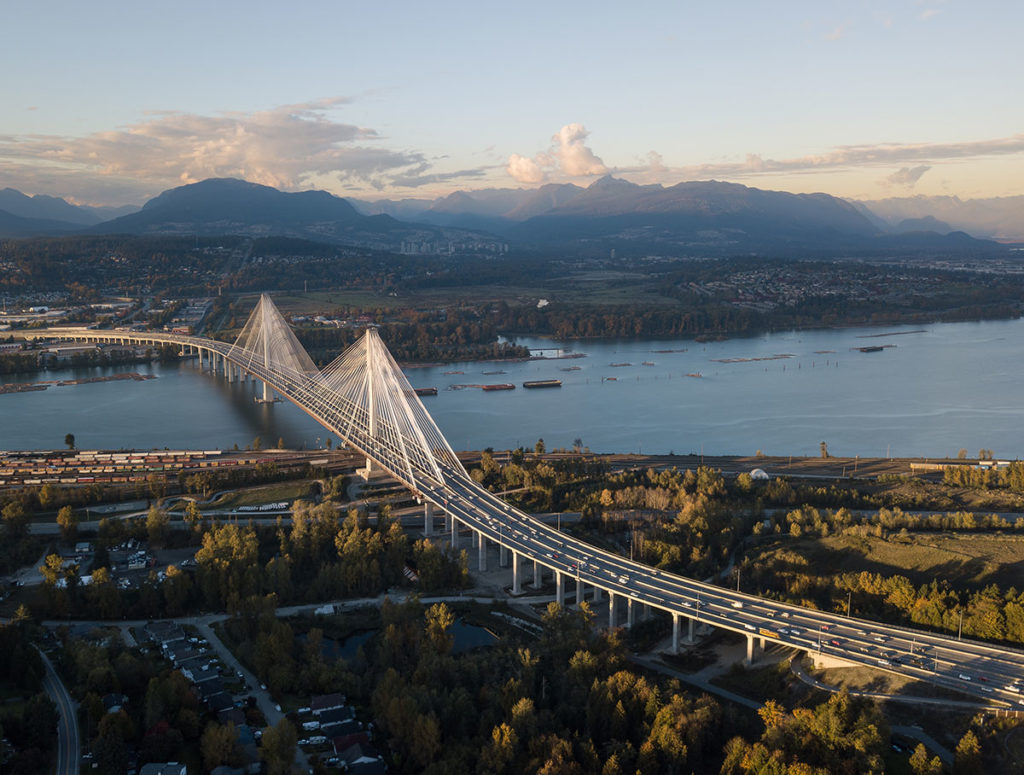 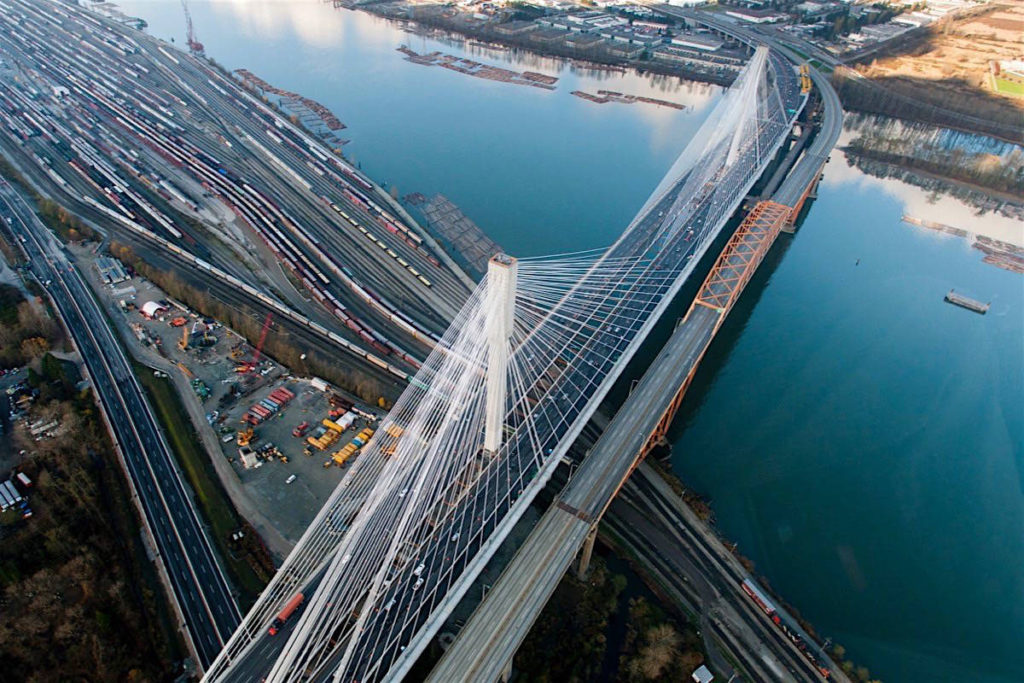 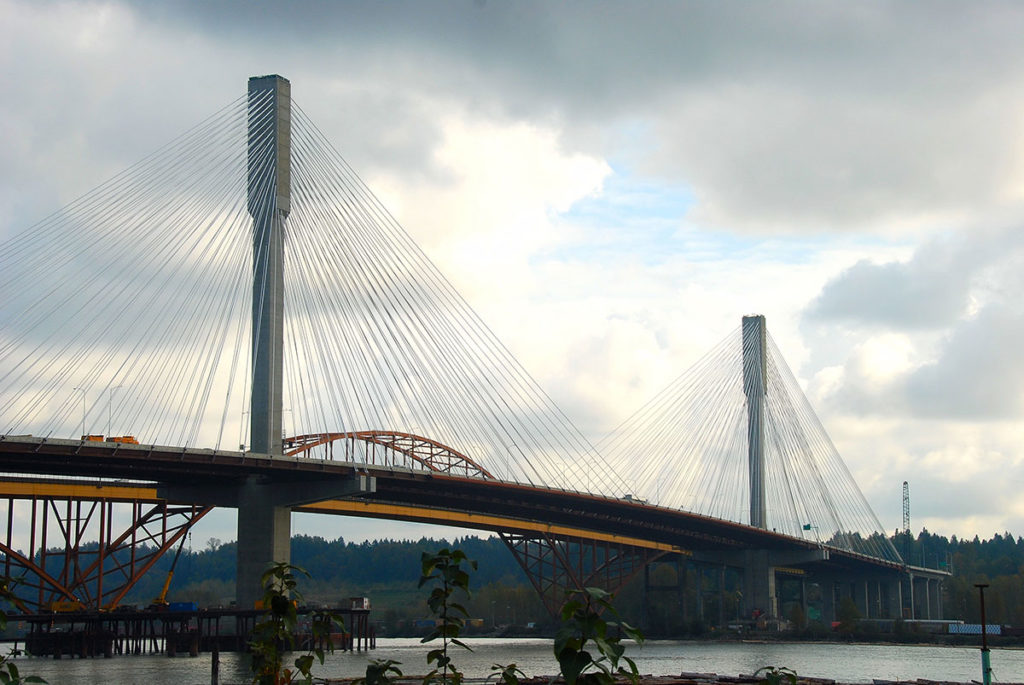 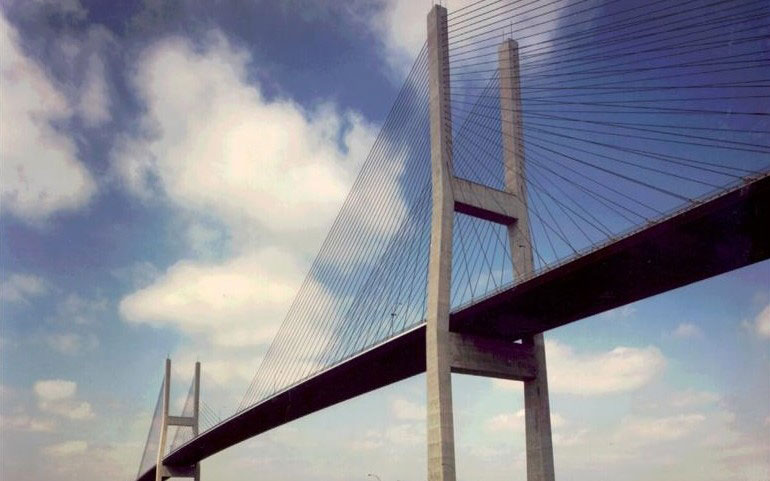 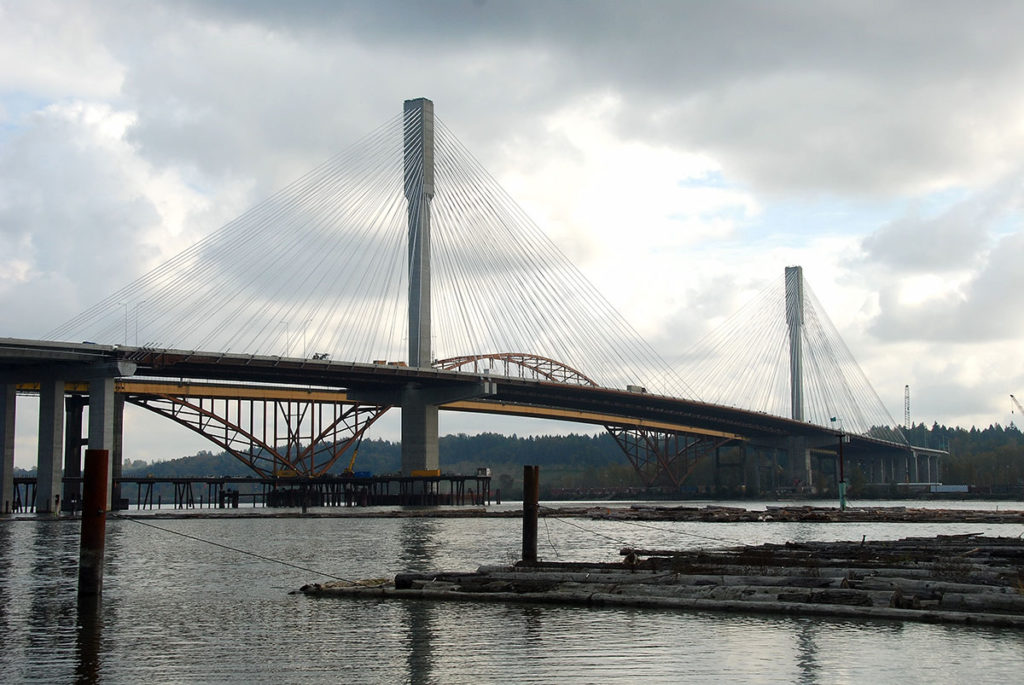