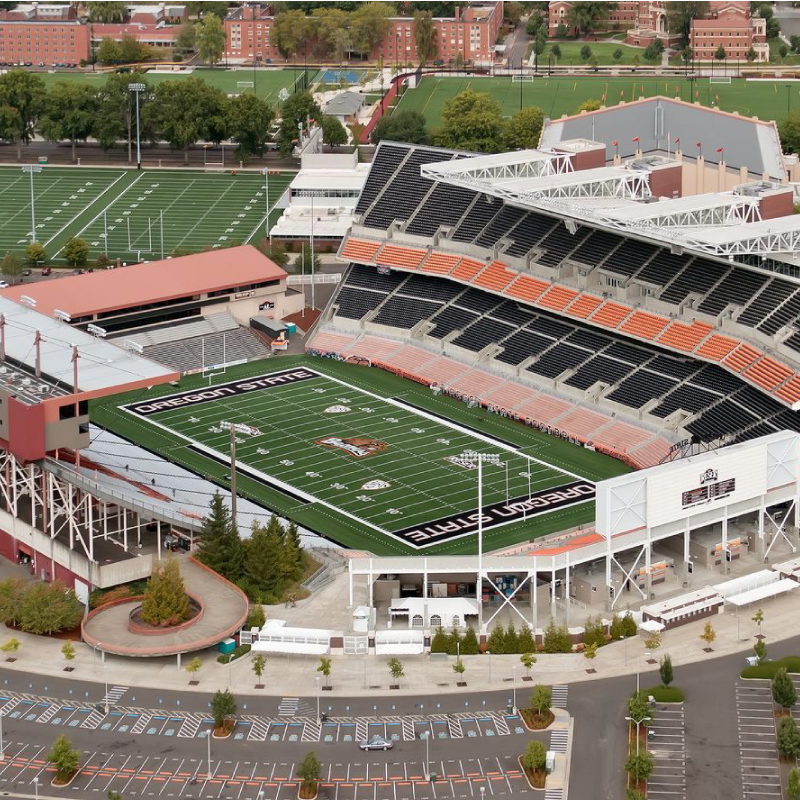 Reser Stadium is home to the Oregon State University Beavers football team. In 2004, the General Contractor awarded Supreme Steel (formerly known as Canron) the supply and fabrication of 2,145 tons of structural steel upgrades. The work involved replacing the old sideline seating originally built in 1953, and increasing its spectator capacity by an additional 7,938 seats. This increase of seating and spectator capacity was accomplished by adding a total of 300,000 ft2 on 4 levels.

When the contract was completed in 2005, the stadium’s total capacity was able to support 43,300 spectators.